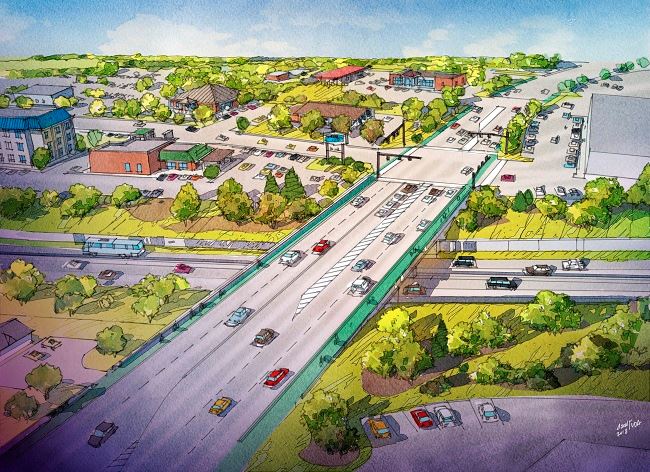 A Commitment to Expansion

Recognizing the importance the Freedom Road corridor plays in making Cranberry Township a regional hub, the Board of Supervisors have been committed to improving that corridor for several decades.  Although Freedom Road is a PennDot Highway, the Board of Supervisors have been successful in obtaining a number of grants over those years to make various improvements to several intersections in the Corridor.

In the last two years, the Board of Supervisors partnered with the Butler County Board of Commissioners to pursue Federal grants to complete the improvements in this Corridor.  That cooperative effort resulted in two major grant awards from the U.S. Department of Transportation through their BUILD program. In addition to the project that is currently underway to replace the Freedom Road bridge over the PA Turnpike, those widening projects will result in the following improvements as depicted in the following graphics. Although the actually construction contract will be awarded through PennDot, the Township is taking an active role in advancing the project to ensure the Federal Funds are utilized in a timely manner. For additional information about this project, please contact Tim Zinkham, Manager, Engineering Services at Tim.Zinkham@cranberrytownship.org or at 724.776. 4806 ext 1183. 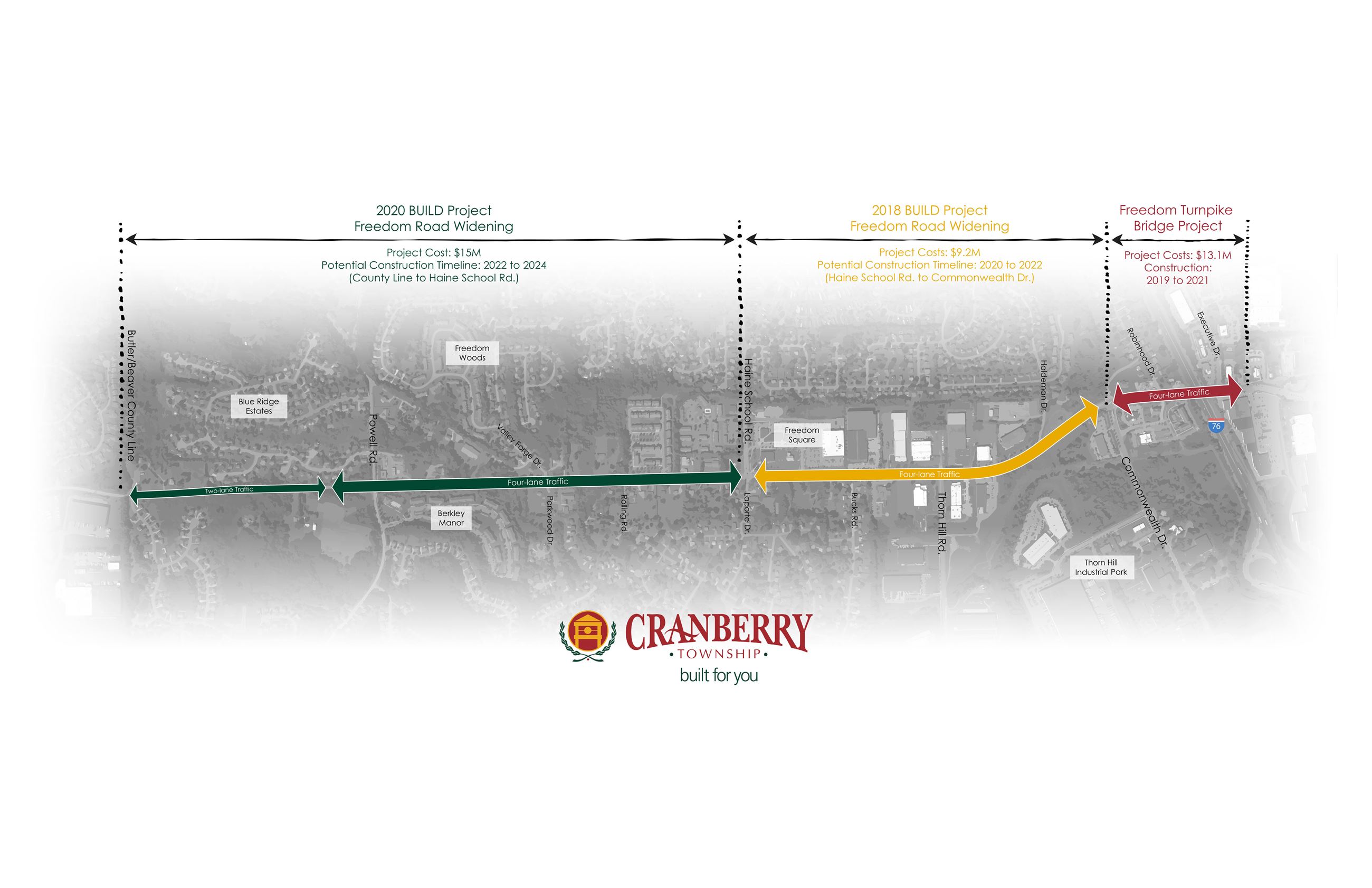 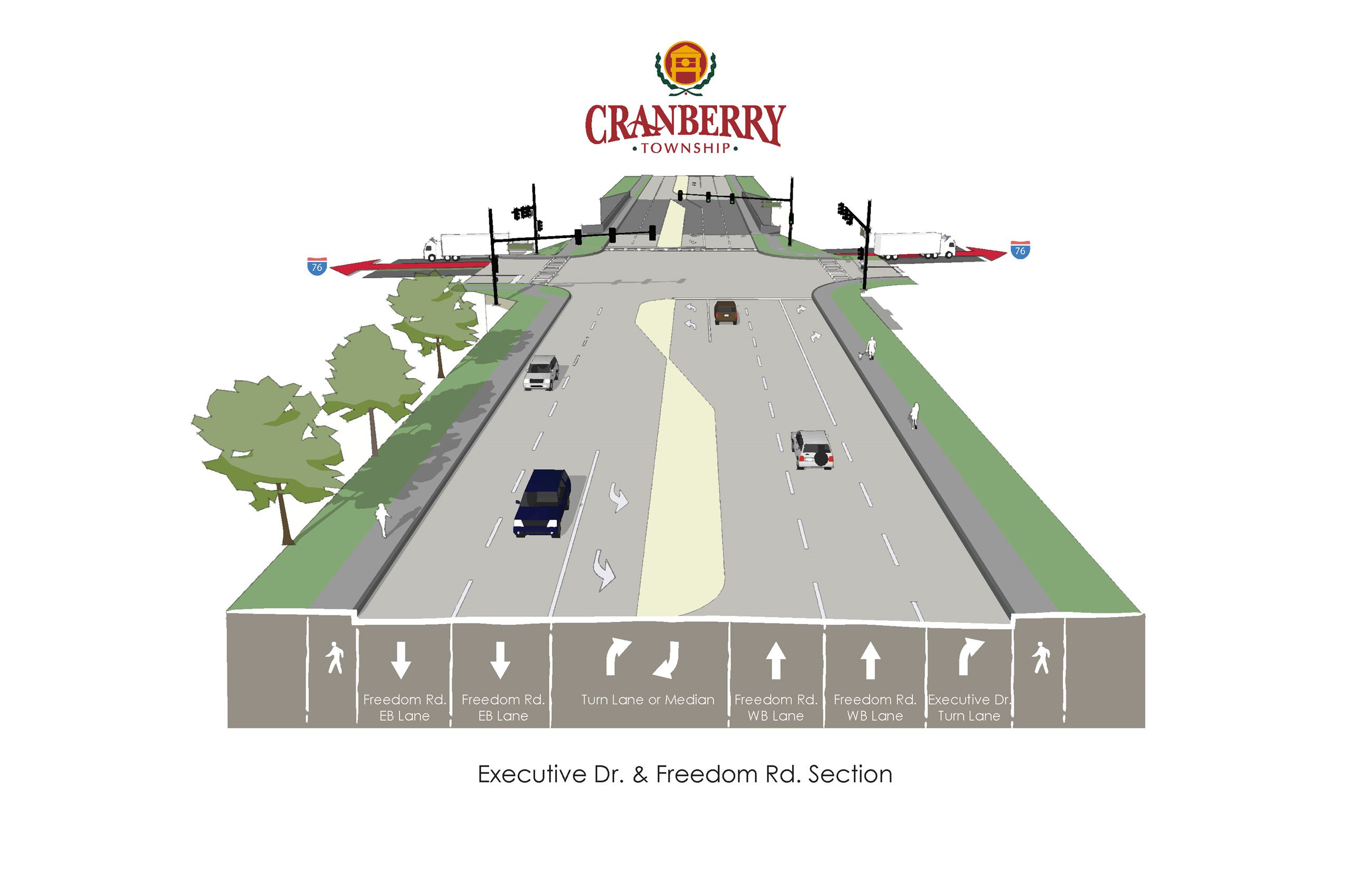 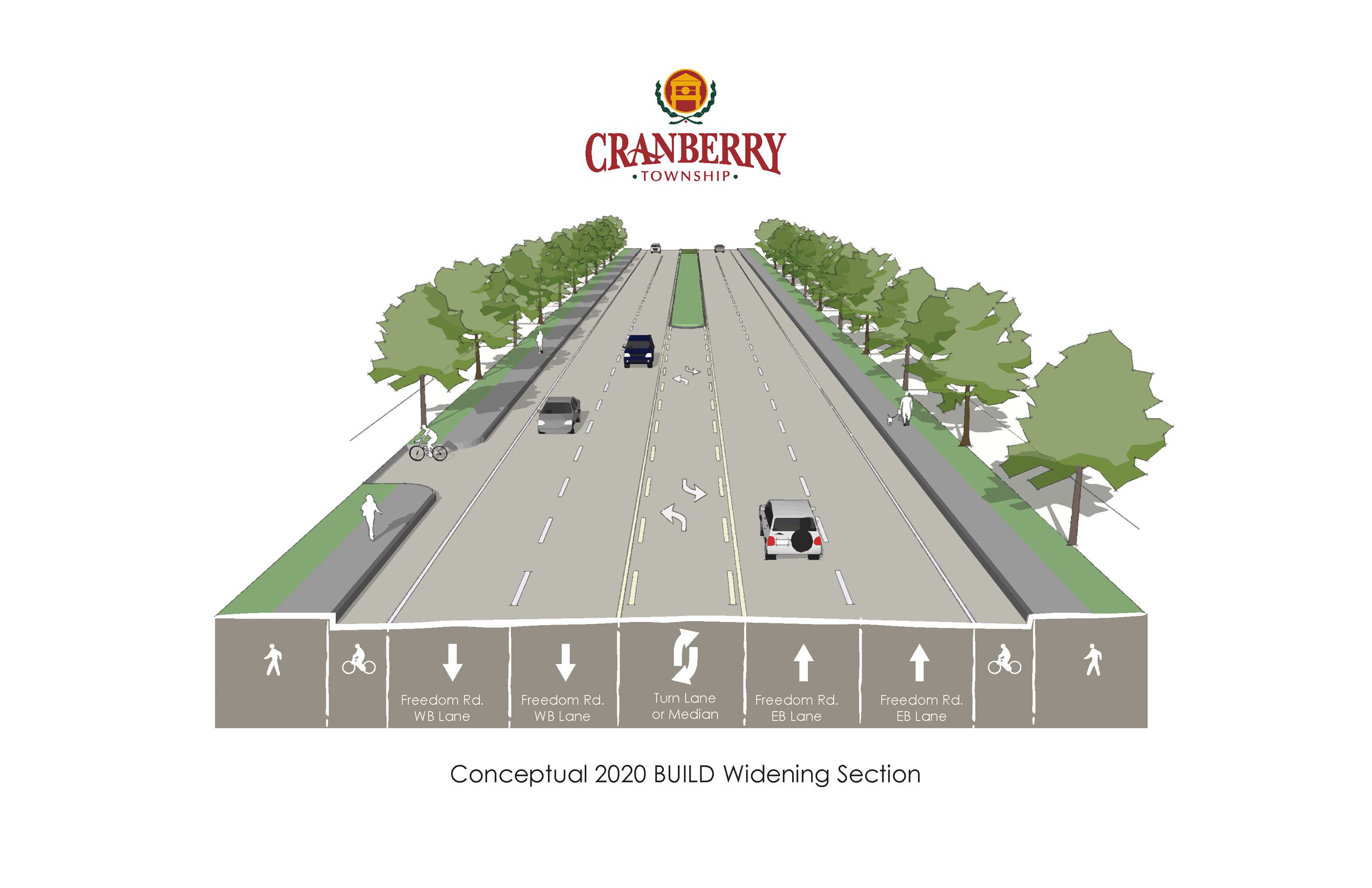 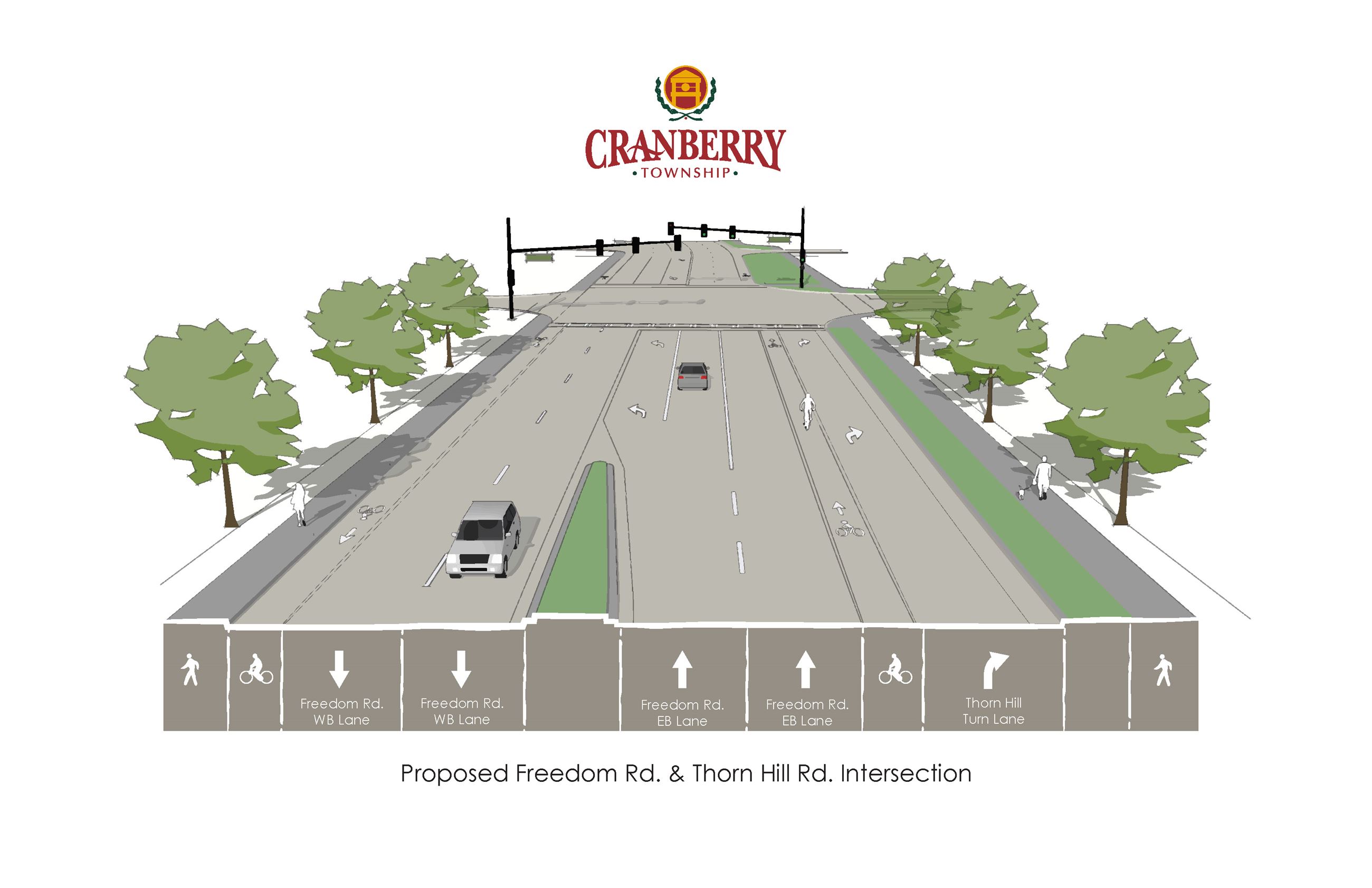